The Cougar Boys started the second day in 3rd place but vaulted to an 11 stroke District Championship win with a school record 286!  This year's District 19-5A race was promising to be a close one as many teams were very competitive in the Region all year long.  The wind blew 30 mph on Tuesday and the greens were super slick.  The Cougar boys had a tough first day with a 313, and found themselves 3 strokes out of the lead against Strake Jesuit and Seven Lakes who were tied with 310.  Only 2 teams make it to Regionals out of each District, so the boys knew that their backs were against the wall and they had to perform in the clutch after halftime.

The boys shot a 286 on day 2 which broke the school record of 288 set at the 2007 State Championship in Austin.  Scores included:  69 by Junior Tom McLaughlin; 71 by Senior Matt McClung; 71 by Junior Michael Cotton; 75 by Sophomore Kyle Rogers; and 78 by Junior J.D. Kiesewetter.  Senior Matt McClung ended up in 2nd place individually.  Kyle Rogers lost in a playoff for 3rd individual after two great rounds.

The Cougars held on to win by 11 strokes with a 599 to win their 7th District Championship in a row.  Strake Jesuit was the 2nd place team with an outstanding 300 on the second day as they shot 610.  Seven Lakes got 3rd place with a 310-308.  Cinco Ranch and Strake Jesuit will represent District 19-5A next week at the Region III-5A Championship.  The Cougars are trying to make it to State for the 3rd year in a row.

The girls ended up winning 2nd place just 3 shots out of first.  They shot 329 the first day and then the tournament low round on day 2 with a 316.  They were ten shots off the lead after day 1 to Seven Lakes and then vaulted a valiant comeback in the rain, cold and heavy winds on day 2 as they played later in the day when the cold front came blowing in with a 30 degree drop in tempature.  The Cougar Girls will represent District 19-5A next week at Regionals where they are the Defending Champions.  Like the boys, they too will be fighting for their 3rd State Tournament in a row.

Sophomore Maddie Luitwieler won 2nd place with a 76-76 just one stroke back.  One stroke behind her for 3rd place was Junior Kennedy Ishee with a 78-75.  Sophomore Alexis Kollmansberger carded a 78 on day 2 in the nasty golf conditions.  Sophomore Sarah Yi shot a 87, Sophomore Sara Kelley shot a 88, Freshman Madison Goldblum shot a 90, Sophomore Samantha Swanson had a career low of 89, and Juniors Anna Larsen and Claire Wasson both shot 104's.  Great job of "Grinding It Out" and good luck at Regionals girls! 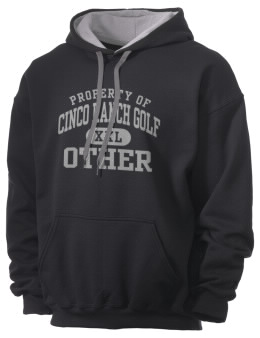