The CRHS Girls broke the old school record of 302 (set by the 2011-12 team) on Friday, October 4th by shooting a 301.  The next day on October 5th the girls beat their new school record with a 294!  The girls broke the old school record by 8 shots!!  The girls played at River Ridge GC at the Katy Taylor HS Fall Varsity Boys & Girls Classic.  Clements HS also set a school record for them by shooting a great 293-299 (592) to actually edge the Cougars by 3 shots.  The CRHS Cougars shot a tremendous 301-294 (595), and won second place by 51 strokes over 3rd place Fort Bend Travis HS (646).  Last year Clements edged Cinco Ranch for the Region Tournament, but then Cinco Ranch beat them at the State Tournament.  This year should provide a pretty exciting battle between these two fine teams.  Some other good finishes at River Ridge included Clear Lake (660), Clear Brook (664), Memorial HS (673), and Seven Lakes (788).  Other local KISD schools playing were Katy HS, Taylor HS, Morton Ranch HS, and Mayde Creek HS.

The Boys second team won 3rd place at River Ridge!  The top team sat out to play the following Monday at the Fall State Preview in Austin at Onion Creek CC.  The boys 3rd place team played with 3 freshmen and a sophomore on the bronze winning team.  They gained valuable experience and did a great job of playing poised as youngsters.  They shot 316-309 which is an incredible second team score.  Many of these young men are close to winning spots on the top five varsity team.  Individual CRHS Cougar scores included:  Freshman Jared Bray (78-74) who tied for 3rd place and lost in a 3rd place playoff with an outstanding first high school tournament; other scores included Soph. Conor Watkins (77-76) who shot both days in the 70's; Freshman Cade Kiser (75-80); Soph. Andres Echeveste (82-76); Junior Kyle Engel (81-WD); Senior Nick Brown (86-79); Freshman Jamie Rogers (83-85), and Freshman Lorenzo Siboro (89-80).  The future is very bright for CRHS Golf!  Way to go Cougars!  The second team varsity boys travel next to play in "The Sausage Open" at The Wilderness GC on October 28.

The Boys Varsity A Team traveled on Sunday to Austin, Texas to play in the State Fall Preview on Monday, October 7th.  The tournament was hosted by last year's State Champions Austin Lake Travis HS.  It was a 36 hole one day event with 18 of the best teams from the entire state.  It was played on the site of this year's State Championship (5-A) at Onion Creek CC.  Onion Creek was the founding tournament for the PGA Champions Tour.  It started the The Legends of Golf in 1978 which became the Champions Tour.  The Cougars played in the State Championship there two years ago when it was last hosted there.  The Cougars were very fortunate to get the invite after having played in the last 3 State Tournaments for both the boys and the girls.

The Cougar Boys had a very slow start to the tournament during round one.  They had some bad mishaps at the start of their first round and ended up shooting 310.  They rebounded with a great afternoon round of 290 however, and they finished in 5th place out of the 18 teams.  It showed the boys potential for playing for a future state championship though.  Valuable experience was learned about the golf course through the two rounds.  The boys showed tremendous fight to keep "playing through adversity" as they kept a very positive attitude, stayed extremely calm, and a kept our CRHS "Grind It Out" mentality.  The coaches were very pleased with their competitive spirits and their poised tournament play of coming back.  The Cinco Ranch 290 score was one of the best at the tournament.  Austin Westlake won first, The Woodlands won second, Lake Travis HS won third, and Dallas Jesuit won fourth.  The CRHS Cougars and Southlake Carroll were close behind with 600 tied scores.  The Cougars will return for the Spring State Preview. 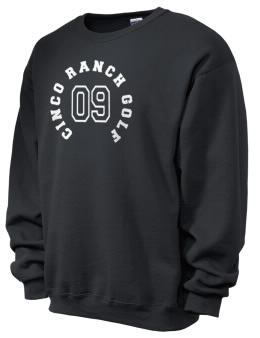