The Cougar Girls team won 1st place and the Boys team won 2nd place at Eagle Pointe at our CRHS hosted Fall Region Preview.  The Friday first round day had a severe rain delay of 3 hours, and the players were able to get back onto the course to finish before dark.  The round was concluded as a nine hole first day, and the second day on Saturday was also shortened due to severe cold, wind and rain.  Both the boys and the girls fields were able to get in 18 holes of the front and back nines in the orginally scheduled 36 holes.

The Cinco Ranch Girls won first place with a 156-161 (317 total).  They beat 2nd place Clements (332) by 15 strokes.  Seven Lakes and Travis tied for 3rd place at 338, but Seven Lakes won the tie breaker with a better 5th person score.  Cinco Ranch's Maddie Luitwieler and Kennedy Ishee tied for 2nd place with 77's.  Maddie won the scorecard playoff over Kennedy.  Alexis Kollmansberger shot a 78 for the Cougars to finish in 4th place.  Katy Rutherford shot 85, Sara Kelley shot 88,  and Madison Goldblum shot 90 which were all great scores under the severe weather conditions.  The Girls Team finished the Fall Season with 2 victories and 1 second place finish in their 3 tournaments.

The Cougar Boys finish their Fall Season at the Dick Harmon Memorial Invitational at the Redstone Tournament Course which is the site of the PGA Shell Houston Open on December 6-7.  The Cougars are a past winner of this very prestigious event. 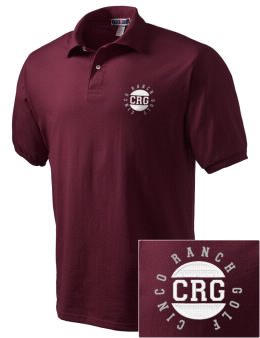